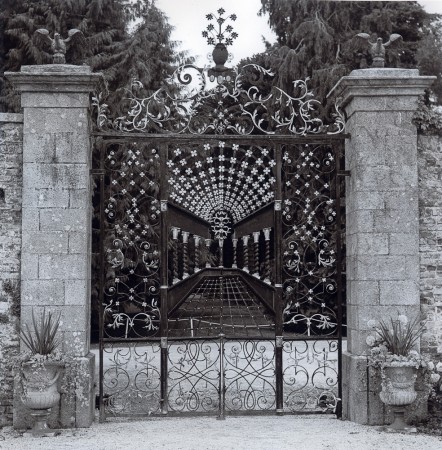 Adox Nuance is one of my favourite papers as it takes toning so well, as well as having magnificent blacks. This was toned first in Selenium 1+9 for 90secs, followed by washing and subsequent toning in Tetenal Gold Toner for 3 minutes, followed by further washing and drying. Using this dual-toning technique, it is important to use the selenium first, as doing it after gold completely loses the subtle blue tones produced by gold.

The gardens at Powerscourt in Ireland are quite magnificent. My reason for going there was through having seen photographs made by Edwin Smith in the last century. Little had changed since he made his visit in the 1960s.

The camera used for this photograph once belonged to Edwin Smith, and was given to me by his widow Olive Cook in the 1990s. It was somehow fitting that it should return to photograph the same place he had used it in all those years before.