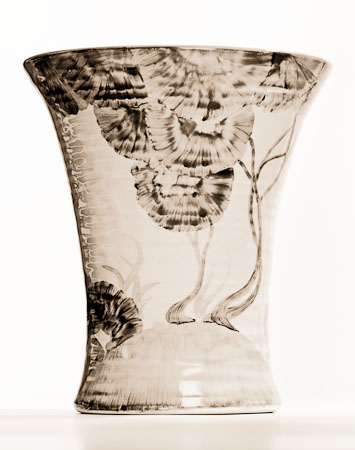 Digital lith image from a scanned silver negative on 120 film

This vase is an original Clarice Cliff design. It has been in the family since the 1930s and came to me after mum died. It forms part of the collection of images that I call ‘Memoria Vitae’, roughly translated as ‘Memories of Life’, an occasional attempt to make photographs of the objects I own that are particularly important to me.

Photographed on Ilford Delta 100 120 film on a Mamiya RZ67, then processed in PMK Pyro developer, the negative was scanned at 1600dpi and taken into Photoshop. I then applied a digital lith processing workflow first described by Marco Pauck. The website from which I made a copy of the process back in 2005 has now disappeared, but I plan to describe the PS technique here at some point as I think it creates a fairly realistic pseudo-lith image.

Here is a conventional (wet process) lith print from the film negative. Printed on Kentona Glossy Grade 2, processed in LD-20. 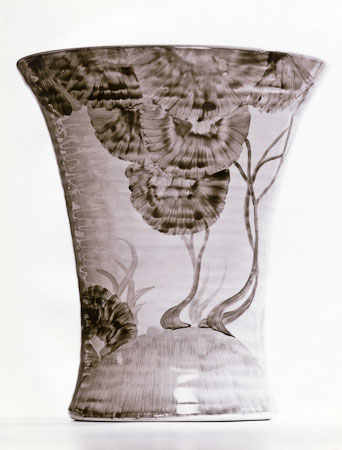 A true analogue lith print printed from the film negative.

Of course, this is a colourful subject and true to the spirit of this blog I made a lighting test of the photography set-up on one of my last few remaining sheets of Polaroid 669 film. Here it is, click to enlarge.