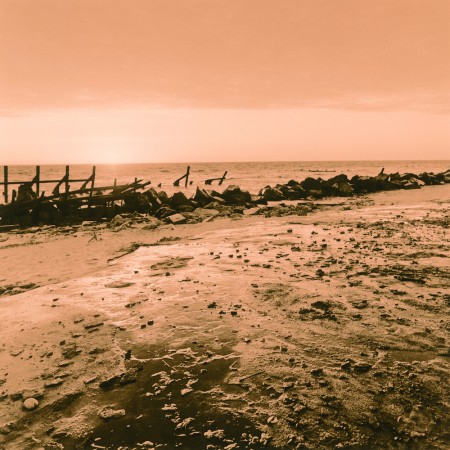 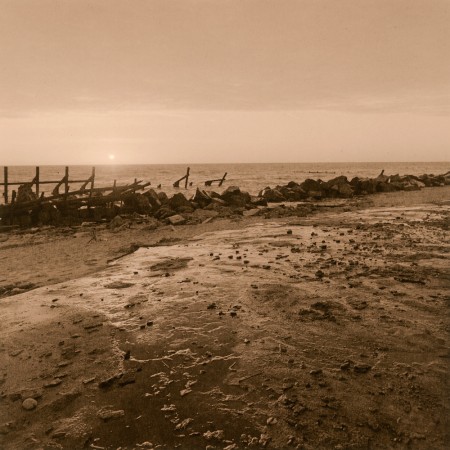 Two lith prints from the same negative, one on Fomatone 131 Glossy, the other on Adox MCC Glossy.
Development in LD20 1+19 at 35 deg.C. Both prints are untoned.
The photograph was made at dawn on Ilford Delta 400 120 film, processed in PMK Pyro. Camera was a Hasselblad with 40mm Distagon lens.

The Fomatone print exhibits the usual rather garish colour associated with this paper in this developer, but has some subtle salmon colouring with greenish hues in the shadow areas.

The Adox MCC print is lower contrast overall and of fairly uniform colour. Some ‘pepper fogging’ is apparent in the even sky tones on the original print; this has been reported by other users of the same combination of paper and developer. It is characterised by random black spots and is somewhat detrimental to the overall image. Some spots can be seen just above the horizon on the right hand side of the image when enlarged. Further tests need to be done on this paper using other developers as many workers have produced quite interesting effects using it.

Click on images to enlarge and view a more accurate colour rendition.