Today I was reminded of the wonders of the latent image on film. 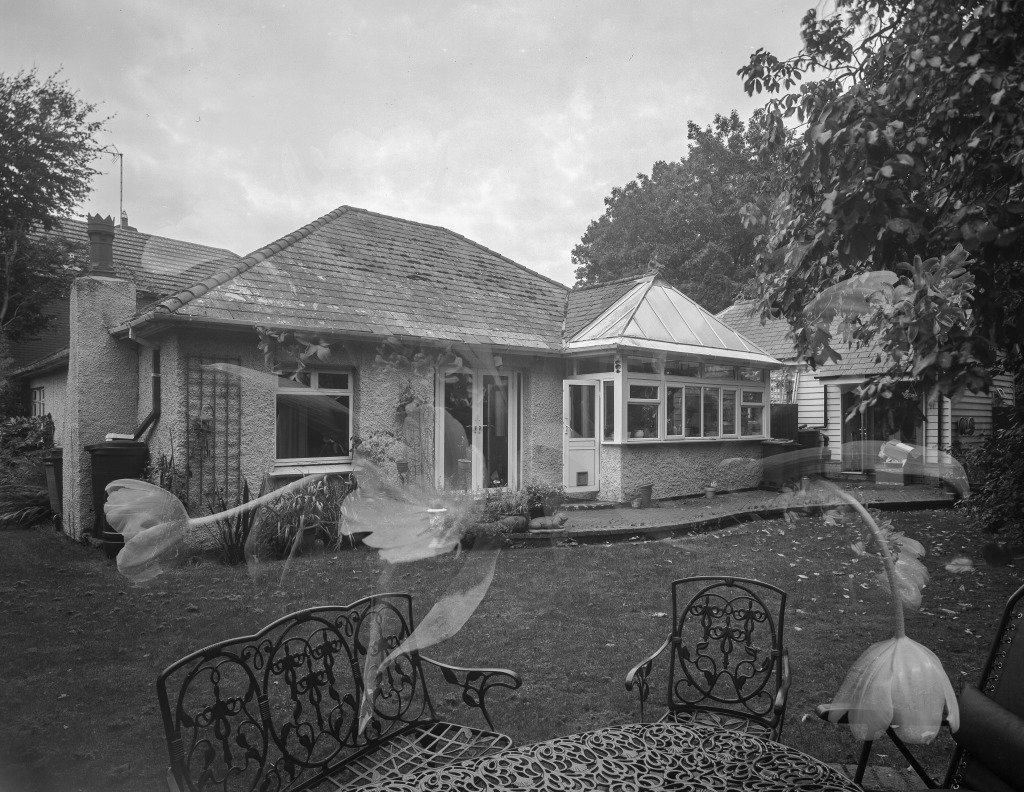 I have just acquired a 8×10 inch large format film back for my Sinar camera and decided to test it today with my 100 yr-old Zeiss Protar 14cm lens. As the whole assembly is rather heavy to carry, a picture of the house seemed an easy option, so I loaded a sheet of what I thought was unexposed film, even though I found it loose in the film box, outside of the packaging.

It turned out that it was already exposed, one of a series of flowers made maybe two years ago when I had last used an 8×10 camera belonging to a friend.

But the resultant double exposure, rather than being a disappointment, was rather exciting and seemed to work in an interesting way. I love the fact that the latent image of those tulips remained intact in the film’s microscopic silver halide crystals from so long ago and were not at all degraded by time or by my adding yet more, two years later. The separate exposures work together in a way that could not have been planned – and would be extremely hard to replicate with a digital camera without resort to Photoshop.

8″ x 10″ Adox CHS 100 film, exposed for 5 seconds at f36, processed in PMK 1+2+100 for 10 minutes.
Resultant negative scanned for here at modest resolution – but click on it and expand the pop-up to full size to get some idea of why a negative of this size is so appealing.